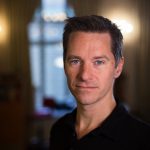 Mikael was educated at the Royal Collage of Music in Stockholm. He has a degree in conducting, piano and vocal singing. He is since 2012 employed as a church musician in the parish of Farsta in Stockholm. During 2003-2011 Mikael was employed as a teacher at Kungsholmens gymnasium / Stockholms musikgymnasium, teaching choral singing. He has worked as an organist and choir conductor since 1995. Mikael has in his career worked with some of the most notable choirs in Stockholm, among them Eric Ericsson Chamber Choir and the Swedish Radio Choir. In 2007 Mikael founded St Jacobs Youth Choir, and have been its musical and artistic leader since.